PSG Ready For Neymar Return Ahead Of Champions League Campaign 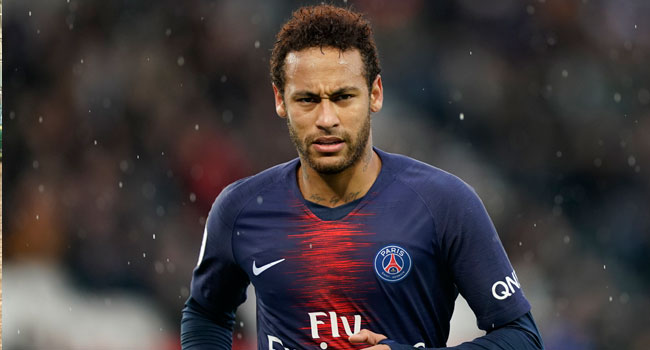 With the saga over his on-off move back to Barcelona now over, Neymar could return to action with Paris Saint-Germain this weekend.

The world’s most expensive player has had to come to terms with a third season in Ligue 1 after PSG and his former club failed to agree terms on a transfer before the transfer window shut on September 2.

Neymar has since been away on international duty for Brazil in two friendly matches in the USA, scoring one goal and making another in a 2-2 draw with Colombia and then coming on as a substitute in a 1-0 loss to Peru.

Those were his first appearances this season after the 27-year-old was left out of PSG’s opening four league games amid the uncertainty over his future.

READ ALSO: ‘I Would Be Thrilled If Neymar Came Back To Barcelona,’ Says Messi

If he is passed fit after a long trip back across the Atlantic, coach Thomas Tuchel may choose to select Neymar in Saturday’s game against Strasbourg, the team against whom he suffered a fractured foot in a cup tie back in January.

PSG are already without Kylian Mbappe, who has a hamstring injury, as they prepare to start their Champions League campaign at home to Real Madrid next week. Edinson Cavani is also struggling for fitness.

Argentine striker Mauro Icardi is available after joining from Inter, but Tuchel may be tempted to turn to Neymar, even though the Brazilian is suspended for the game against Real and seems unlikely to receive a warm welcome from fans unhappy with his posturing for a transfer.

“He knows that he has made mistakes, but he has no bad intentions,” said his club and international colleague Thiago Silva. “He is an incredible kid. I hope he has a great season.”

Even Paris mayor Anne Hidalgo has had her say, urging Neymar to get his head down and help PSG finally succeed in Europe.

“We turned the Eiffel Tower red and white for him, in the colours of PSG,” she told magazine Tele Loisirs.

“Now my boy, we love you a lot, and you are going to have to work hard and win us the Champions League.”

One to watch: The stands

French football has been consumed by its battle to eradicate homophobia from stadiums, so all eyes will be on the stands this weekend to see if more matches will be halted by referees.

Seven games have been interrupted so far this season because of anti-gay chants and banners, including a hold-up of more than 10 minutes during a match between Nice and Marseille.

The last week has seen French Football Federation president Noel Le Graet enter into a war of words with the country’s sports minister, former Olympic swimmer Roxana Maracineanu, after saying in a radio interview that stopping matches in such circumstances was “a mistake”.

On Wednesday the French league (LFP) called on politicians to let them get on with leading the fight against homophobia, while insisting that referees will be left to decide whether to stop matches if they hear “discriminatory” words from the stands.

“For a long time we have tolerated certain chants in stadiums, but today society no longer accepts them,” said LFP president Nathalie Boy de la Tour.

53 – The number of league goals scored by Florian Thauvin for Marseille in the last three seasons. This week the French World Cup-winning winger was ruled out until January as he requires ankle surgery.

876 – In millions of dollars, the amount made by French top-flight clubs during the summer transfer window, more than any other league worldwide, according to analysis by FIFA.

7 – Lille are back in the Champions League group stage for the first time in seven years. Before visiting Ajax next midweek, they play Angers in the French league on Friday.